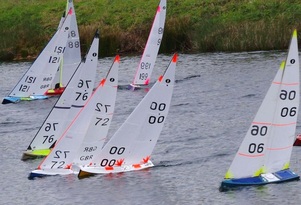 The Brentwood Model Yacht & Powerboat Club was founded on the 1st July 1988, with the main interest being model yachts. This was the time when the ‘One Metre’ yacht was in its infancy and was becoming popular in Britain as a good quality, competitive yacht. The ‘One Metre Class’ was then chosen as the ‘Club Yacht’, thus enabling competitions to take place throughout the season typically at least twice a month. 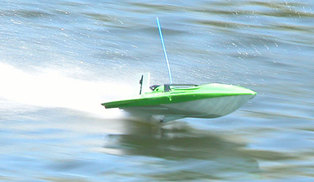 Membership was very limited at this time, so the Ace Powerboat Club members were invited to join together with the yachts, making the rent of the lake easier to afford and enabling the facilities to be used to their fullest. In the fullness of time ‘Scale’ modellers also joined the club and the membership became sectioned into Yacht, Power and Scale. Each section of the club has a Secretary who is responsible for planning and running of events. The club also has a Chairman, General Secretary and Treasurer who are responsible for the general administration of the club. 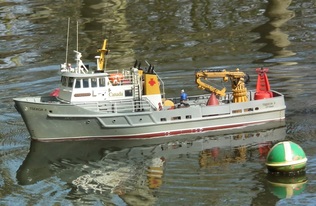 In later years, the Scale Section members decided they would like a smaller, more sheltered lake for their use. After much searching a suitable site was found close-by. But the area was very overgrown and the water itself was barely visible. However, the intrepid scale members did not let this deter them and on many Sundays a work party set to and cleared the undergrowth. Once a path was cleared, the farmer, whose land the lake was on, helped immensely by felling dead trees and scooping out much of the leaf mould in the lake itself. The club members then erected several buildings for the use of providing refreshments, storage, Control & Toilet facilities. The lake measures about 25x23m and is situated near the centre of Mountnessing village. 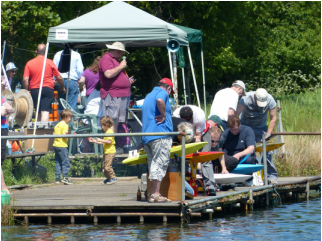 The original lake that the Yacht and Power sections use is situated on a farm adjacent to the Mountnessing roundabout at junction 12 of the A12, and is about 4.5 miles from junction 28 of the M25. It measures approximately 180x70m, with a depth of around six metres in the centre. There is a hard-core car park and male and female toilets on site.

New members are always welcome as are any visitors. Our fee structure reflects our desire to encourage families to become members,as we believe the growth in our hobby will come from capturing the interest of younger members at an early age.

In July 2013, on our 25th Anniversary, the club changed its name to the Brentwood Model Boat Club.
The new name was brought in to reflect that the clubs diverse association with all types & forms of model boating & not just confined to the yachting & power boat racing.

At the end of 2014, the club was split into two separate clubs. This was primarily to allow flexibility to each new club to run things independently, as they see fit, to suit our vastly different lake environments. Both clubs have retained a common name & association with each other, but are now known as Brentwood Model Boat Club (for old Scale Section) & Brentwood Model Yacht & Power Boat Club (for old Power & Yacht Sections).
The Membership Year begins on January 1st and Application Forms can be downloaded from our 'Join Us' Page.

For further details or general enquires, please do not hesitate to contact: